Who The Hell Is This Girl? 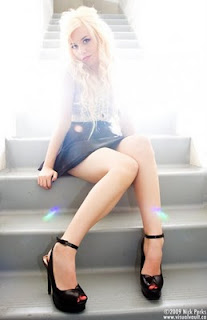 Keely Valentine is the World's up and coming international Princess of Pop. At only 18, she's accomplished so much for her age and still has a bright future ahead of her. Keely sang a song that was featured on Oxygen's (an NBC subsidiary) the Bad Girls Club and has recently become apart of an International songwriting team, Marcan Entertainment. You can find Keely in Toronto on a regular basis. She's a unique individual whose immense talents are notlimited to, dancing, sewing, cheerleading and running a popular blogging site. 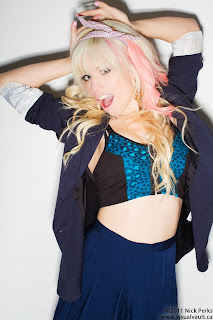 Keely is a talented songwriter who writes lyrics that reflect on her life and experiences. She's written dozens of songs and has had a strong voice on their final production value. One of Keely's most surprising and unique talents is her ability to sing in Japanse, this talent helped her place second in a J-Pop Idol competition that she participated in at the age of 14. Lately, Keely has been singing in Korean while learning more Japanese each day. Keely is influenced mostly by strong female performers. Growing up to Gwen Stefani, Spice Girls, Britney Spears and Shakira, she admires the achievements of Rhianna and Lady Gaga for their success in the Western Pop world. On the other side of the world, Keely was influenced by the Korean girl groups: 2NE1, 4minuet, Miss A and SNSD, as well as the Japanese group Morning Musume and the singers Koda Kumi, Misono and Jasmine.

Keely is currently working on her debut album with eager anticipation from the music industry.

Keely Valentine
I'm an aspiring Pop Princess singing in Korean, Japanese and English in Toronto. I'm slowly getting back to taking the world over with my amazing friends, one K-pop party at a time.

For Advertising or Information please feel free to contact me at keelyvalentine@hotmail.com